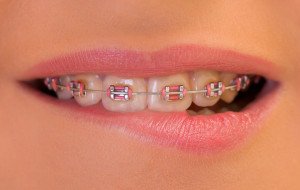 One thing that many people do not always realize is that even when we have socially reached an age of maturity, our bodies are still developing. This is especially true for the bones in the face and the skull, and the result is that orthodontic procedures can just as easily become a consideration for youths and people who are older.

Skull and jaw formation is one of the more fascinating aspect of human development. Sutures along the crown are not fully fused until people have reached their mid to late thirties, which also means that orthodontic problems with spacing, gaps, and crowding may become apparent over time. For many residents in Thousand Oaks, CA, this can present a challenge, since correcting the issue is a definite focus for an improved appearance, although many people who are past their twenties can also feel uncomfortable about wearing braces at such a late age.

Modern orthodontics have advanced significantly, with changes in the techniques for straightening teeth that can also support a number of lifestyles.

The truth is that people do not need to live with crooked teeth or gaps in spacing. Even more mature residents in Thousand Oaks have options that can improve both the look of their smile, and the health of their mouth.